As a counselor at Charlevoix Middle and High School, Karrie Gaffney has seen students struggle to access the mental health care they need.

“Oftentimes in our area, for students to simply make an appointment with a counselor could take months. And who’s going to pick them up? How are they going to pay for it? They give up because there are just a lot of barriers,” Gaffney said. 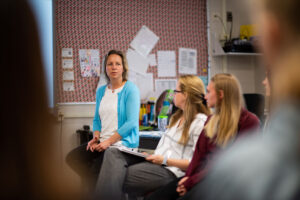 Gaffney and her students

As a precursor to TRAILS, the Peer-to-Peer Depression Awareness Campaign was created to empower students to demystify and normalize mental illness and treatment. In concert, these two programs have created lasting impact in the schools and communities in which they reside.

TRAILS provides clinical training to school mental health staff on cognitive behavioral therapy and mindfulness, then pairs each school with a local, community-based mental health provider who has been trained as a TRAILS coach.

“OFTENTIMES IN OUR AREA, FOR STUDENTS TO SIMPLY MAKE AN APPOINTMENT WITH A COUNSELOR COULD TAKE MONTHS. AND WHO’S GOING TO PICK THEM UP? HOW ARE THEY GOING TO PAY FOR IT? THEY GIVE UP BECAUSE THERE ARE JUST A LOT OF BARRIERS.”

Next, school staff and their coaches work together to co-facilitate student groups on CBT and mindfulness, teaching participants techniques that are evidence-based and proven to reduce symptoms of anxiety and depression.

“The program is a skills-based learning group where students are acquiring lifelong tools, which they can later use in many different situations,” said Nicole Montgomery, a TRAILS coach for Charlevoix Middle and High School. 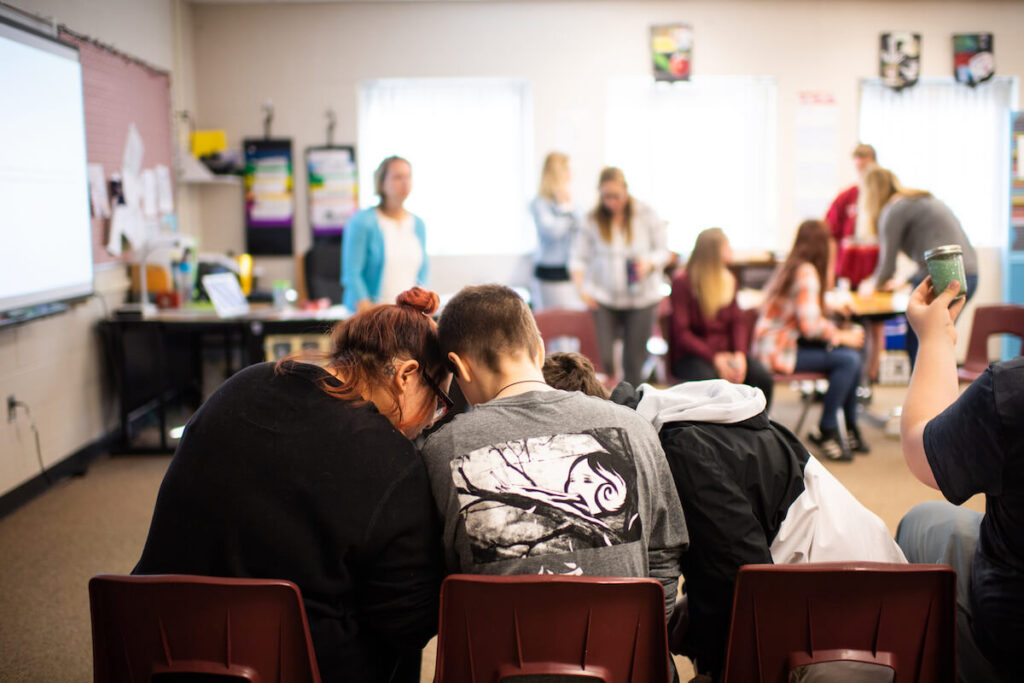 TRAILS now has coaches in 74% of Michigan’s 83 counties

The U-M Depression Center collaborated with Ann Arbor Public Schools to develop TRAILS in 2013, and it has been affecting change in the lives of many ever since. To date, the program has trained more than 380 school mental health professionals in Michigan. The estimated number of students impacted by the program is nearly 3,000.

“This is a win-win from the University of Michigan. I thought, ‘How can I not be a part of this to educate kids?’ Everything is laid out really clearly in the lessons,” Gaffney said. “We focus on relaxation and coping skills. We’ve learned how to recognize when you are having symptoms of depression and anxiety and how to combat that.”

It has been proven that students can make an impact on their peers’ understanding of mental health and their attitudes about seeking help for themselves or others, and this is the basis of P2P, which was recently awarded the Gold Award from the American Psychiatric Association.

Over the past 10 years since the program’s inception, 850 students have participated directly on P2P teams, more than 175 student-run events have taken place and tens of thousands of students have been reached through its awareness campaigns. 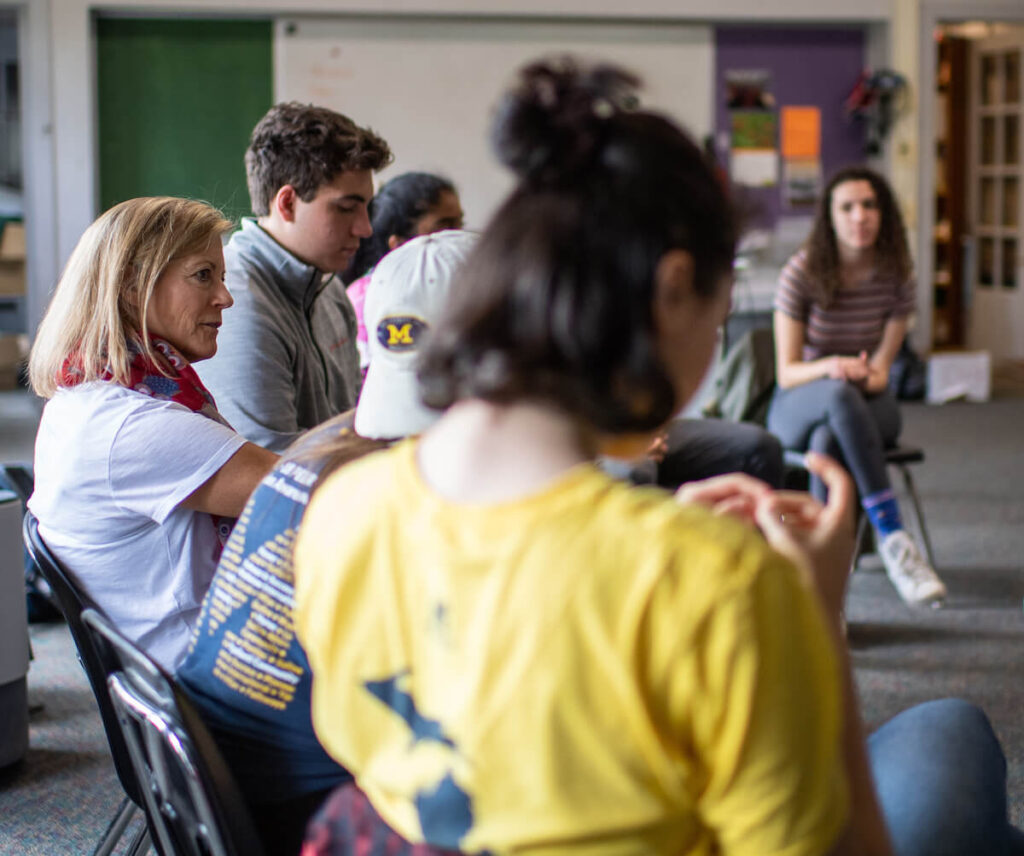 “A lot of students suffer from anxiety and depression…and it needs to be more recognized that you aren’t alone.”

The program was built on the premise that many mental health issues present themselves during adolescence, and teens are more likely to listen to other teens than well-meaning adults. The program also educates middle and high school students about mental illnesses and positive coping mechanisms, while supporting them in creating mental health awareness campaigns for their schools.

With 70% of adolescents reporting mental health as a major problem among their peers, this program component has really taken off.

“The students in the group are getting an incredible education about mental health, mental disorders and mental illness,” said Robbie Stapleton, Community High School teacher and P2P group facilitator. “These students then become resources for others because they know how to share these tools with their friends and family when they need them.”

Students participating in the program educate their peers regarding mental health, with a primary focus on viewing depression and anxiety as treatable brain illnesses. In addition, the program implores students to immediately report any talk of suicide to a trusted adult. 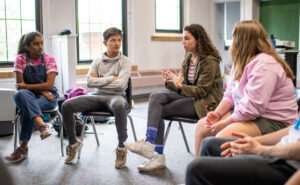 Schools can also integrate other mental health messages on topics like stress, sleep or substance use, should students think that there is value in addressing them. Each campaign includes a slogan, educational activity and promotional item that reinforces its message. Educational activities can range from classroom presentations, school assemblies, mindfulness sessions and educational posters.

“We want to get the school more aware of the stigmas around depression and other conditions, how we can break stereotypes and how to be effective at letting everyone know there’s people who can help them,” said Meghana Tummala, a P2P participant at Community High School.

Recent studies have also shown that the benefits of having easily accessible, student-led depression awareness programs are numerous because they allow students to gain confidence in identifying the signs of depression. 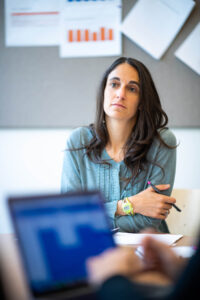 Both programs aim to help young people become increasingly comfortable with talking about mental health and inevitably, living the best versions of their lives possible.

“Now when I talk to school staff [about TRAILS], they say they know exactly what resource to use, what to say, and are able to help that student efficiently and get them back to the classroom, where they want to be and really need to be,” said Elizabeth Koschmann, TRAILS program director for the U-M Depression Center. “That to me is the most rewarding outcome I could ever get.”

This story was originally published by Michigan Impact.